POTENTIAL GROWTH IN AUSTRALIA FROM THE LEGALISATION OF MEDICINAL CANNABIS FROM AN ECONOMIC PERSPECTIVE. - TheraCann 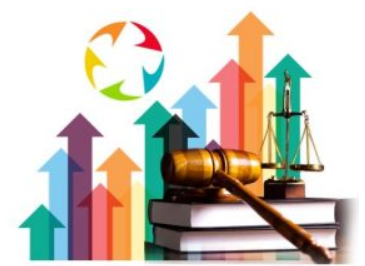 The recent legislative reform enabling a licencing and permit based scheme for the cultivation and supply of medicinal cannabis is merely the beginning of the medicinal cannabis revolution within Australia. Continued research into larger samples within the Australian and International market combined with modern advancements in agriculture have enabled cultivators and suppliers to isolate compounds and tailor grow medicinal cannabis strains to target particular symptoms of diseases included nausea, seizures and pain. Only two hundred years ago similar concerns were raised about the extraction of morphine from opioid based plant types and research now suggests that this designer cannabis poses even less harm than its more established counterpart.

The growth of the medicinal cannabis industry presents numerous opportunities for Australia to become a market leader in narcotic and economic reform. Recently the Australian Green’s party has advocated for the widespread legalisation of cannabis combined with a taxation initiative that could see Australia raise over two billion dollars annually. Recent legislative reform in the United States, most notably in Massachusetts has seen significantly high sales tax imposed on cannabis distributors with the revenue raised being used on drug focused programs including community and young person’s education, drug treatment facilities as well as funding an independent monitoring authority which will free up state resources to focus on other elements of trade and enforcement.

Whilst widespread legalisation of cannabis in Australia may be ambitious at this point, further legalisation of medicinal cannabis in the Australian market may pose similar economic benefits to those possible in Massachusetts and suggested by the Australian Green’s Party. The opportunity for rapid growth in Australia is currently limited by a stringent fiscally and time imposing licencing and permit application system with applications costing in excess of $10,000 dollars and licences in excess of $30,000 annually. Careful consideration must be given whether the imposing of sales and cultivation taxes on businesses applying for a renewable licence with its own significant costs associated with regular compliance may mitigate the potential desire of cultivators to enter the market, this may be especially true for international investors. As such, an approach should be considered where if taxation is designed to significantly raise revenue to the amount suggested by the Australia Green’s party, steps need to be taken to ensure that the fee’s and application process are less restrictive on the prospering industry with any potential loss for the government to be off-set by the lucrative tax raising initiatives.

Further legalisation may also address medical and societal concerns regarding drugs being obtained over the ‘black market’ with unregulated and undisclosed ingredients with legalisation being the first step towards regulation and standardised units of cannabis in products. Further advantages in the growth of the industry may contain the development of new job opportunities for all classes of individuals from cultivators to researchers to sales with most opportunities focused away from the currently over-crowded coast line of Australia.

Ultimately the growth of medicinal cannabis in Australia has only just begun, and with relaxed licencing laws and the imposition of taxes associated with cultivation and the sale of medicinal cannabis, further funds can be raised to focus on areas hindering the growth of the market. Mainly establishing bodies to monitor the industry removed from the potentially restrictive processing times of government bodies and an education program addressing the numerous myths of medicinal cannabis. Technological advancements in agriculture and developing research into the benefits of this wonder drug have created an industry ready for cultivation, however before any form of significant sales tax can be considered, a balance must be reached with less restrictive licencing procedures to ensure we don’t deter both domestic and international investment into a budding multi-billion-dollar home grown industry.

For more information on  the Cannabis Industry in Australia and our services,  please contact Joplin Higgins, Country Manager for TheraCann Australia.