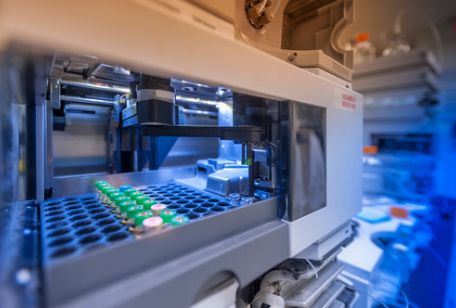 A report published by the Globe and Mail this week once again called into question the ethical and practical standards to which Health Canada operates their medical cannabis testing programs. During a random screening by Health Canada, the Toronto based Licensed Producer, Mettrum Ltd. was found to be using the pesticides Myclobutanil and Pyrethrin. Myclobutanil is deemed so dangerous that Washington, Colorado and Oregon all moved very quickly to ban its use in cannabis grow operations due to potentially fatal hydrogen cyanide emissions when heated. Though Mettrum issued a recall on November 1st, the public and consumers were never informed of the findings by the company or Health Canada.

This is not the first time that Health Canada has withheld information from the public on the use of dangerous chemicals in tested cannabis. In September of this year a Globe investigation revealed that nearly 60% of samples tested in unlicensed Vancouver dispensaries in 2015 also contained pesticides, fecal bacteria, yeast and mold, and were not safe for human consumption. Despite the legal vacuum in which these dispensaries operate, it was nevertheless surprising that Health Canada did not act to protect Canadian citizens from harm. Now that they have once again failed to act in the best interests of the people they are sworn to protect, hard questions need to be asked of the decision makers who are putting large swaths of our populous at risk of disease or death.

There are hundreds of ACMPR applicants currently held up in the licensing process with Health Canada. Many of these newer applicants recognize the need for the highest quality ISO 17025 testing standards for cannabis, but are languishing – some for years – in the Health Canada queue. The government appears to be protecting existing LP’s from the legal consequences of using illegal and dangerous substances in their cultivation practices, while simultaneously excluding higher quality competition.  At best this is a double standard, and at worst it brings the entire ACMPR mechanism into disrepute and smells of willful blindness. This is a critical period of rapid expansion for this industry and as companies work towards legitimacy they should not be let down by the very mechanism which governs them.

It is time to reexamine the process from within. Health Canada and the LP’s it regulates must begin to operate in a transparent manner, with the safety of the Canadian public being the highest priority. This requires not only full public disclosure when cannabis containing hazardous substances are released to the public, but testing programs that identify these substances before they are released. The following protocols and principals should be adopted by all LP’s and strictly enforced by Health Canada: